THE TOP CLASS WEDNESDAY UPDATE IS READY FOR YOU NOW

So here we are, siblings. Happy New Year to all; there didn’t seem much point in doing an Update last week as most of you were still off and there’s only so much you can read about the lack of Hogmanay parties before you end up even more depressed than you were before. (Insert Deity Of Choice) knows I needed the break too.

But we shall not be downbeat as we go into Year Three of the No Fun Decade. It’s a new year, and as we all know, the ticking over of the Gregorian calendar makes all things possible. Gone are the sins of the past; here are the virtues of the now, and every day, in every way, we’re all getting just a little bit more gorgeous, inside and out. Or failing that, nailing enough of the leftover Christmas booze that we think we are, and in this era that’s pretty much the same thing. Although personally I won’t be able to commit an opinion as to whether every day in every day I am getting just a little bit more gorgeous, inside and out, until Sue Gray concludes an independent enquiry into it.

It’s a bit early in the year for anything too momentous to have happened yet, though we did round off 2021 with a late flurry of corporate news, especially Morningstar winning the race for Praemium, and GBST exiting its FNZ tenure in favour of new private equity owners. Both deals snuck in just before sherry time; both look to me to be a good result.

Given the newness of the year, it’s fun to make predictions about what the year will hold. This is our equivalent of tipping which shares will do well and has exactly as much impact. Not that that’s ever stopped us. Here’s a few themes we think you’ll be reading a lot about this year:

Maybe this is all mince. We’ll find out, and we’ll tell you all about it every Wednesday and – if you’ve been very good – at other times too. Let the No Fun Times begin!

START IT THE RIGHT WAY

A quick punt if I may – we are going for it and pressing on with our 2022 flagship event. #langcatlive takes place on 10 February at the glorious BAFTA theatre on Piccadilly in formerly fashionable London. It’s the biggest event we’ve ever put on by some distance, and we’ve got some brilliant speakers including Guy Opperman MP who is Minister for Pensions and who is in the news for small pots this week. We’ve got Claer Barrett, consumer editor of the FT, running a question time panel with a suspiciously familiar format. And we’ve got Dave Ferguson, formerly of Nucleus, looking at the industry he worked so hard to disrupt and seeing if the wheel really has gone full circle.

We’ve got more stuff too, but no more space here, so hop on over to the events page and bag a ticket. It’s a hybrid event so if you’d rather watch it in your jammies or you don’t fancy travelling, we’ve got your back. 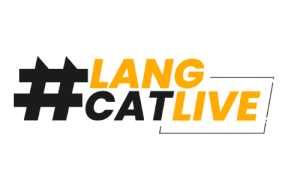 Be good, see you then