All change in Platform Land 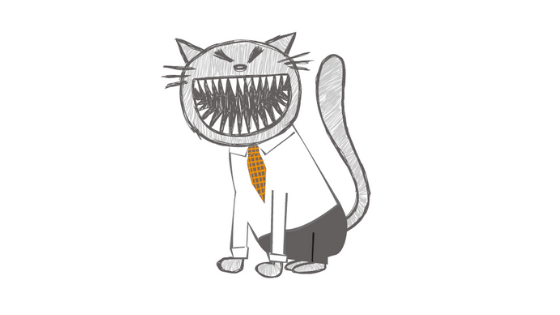 Any thoughts of a quiet end to the year in platform land [1] were firmly kicked into touch at midday today with Nucleus publishing a statement regarding a possible offer, a story that had been broken by the mighty Jack Gilbert at NMA a few minutes earlier. This of course comes on top of the recent news that Staberdeen are up for a chat about selling Parmenion. All of a sudden, the normally quiet platform sector has exploded into life.

First up, our usual position on these things needs repeating. The sooner there is certainty for all the employees involved, the better. This is especially important in this case. 2020 has, in the main, absolutely sucked. The last thing anyone wants to hear just as it looks like 2021 might be a bit better is that there is uncertainty with your employer. We give everyone involved our best wishes.

This is also especially important in the case of Nucleus: their success from a tiny start up to this point is built on a strong cultural alignment not only with the employees, but with the advisers who use them. Any potential new owner/acquirer needs to recognise this, or risk advisers voting with their feet.

So, who are the runners and riders? We’ve already heard a few more names mentioned, but we’ll stick with the official information put out by Nucleus.

“Separate proposals” have been received from both Integrafin Holdings (Transact) and Epiris LLP in conjunction with James Hay for the entire share capital of Nucleus (including the 52% held by Sanlam). For both of these the big question would be what a new combined entity would look like, and in particular what the core platform technology would be. Would Transact want to migrate their £41bn of assets (as of Q3 2020) to the Bravura tech powering Nucleus’s £16.1bn? Or vice versa? Either way, as with any technology migration there is a risk this creates disruption to advisers.

If James Hay/Epiris are successful it’s probably a similar story, although in this instance we suspect the more established Nucleus/Bravura tech would be used for the platform proposition, alongside the strong SIPP capabilities James Hay already have in place.

The Nucleus statement also name checks a further private equity house, Aquiline Capital Partners, and also Allfunds (UK) as having preliminary discussions. Allfunds would certainly be an interesting fit. An increasingly large global player, but as it stands with no UK distribution.

Any advisers with clients on any of the above platforms don’t need to press the panic button today, or almost certainly in the short term, but it is certainly something to keep an eye on. If the first thing any potential new owners need to do is to look after the employees involved, running a very close second is the advisers and their clients. As a consequence of this announcement an “offer period” has now commenced, which automatically triggers a 28 day “put up or shut up” deadline for a firm intention to make an offer (or not). So, whatever the outcome of this is, it should be known reasonably rapidly. Stay tuned….

[1]: Yes, we are still making this joke…
Recent Posts
Categories