Well, the covers are off and we now have full year 2018 data for the advised platform market. It’s been quite a year – if it was a box set we reckon it would be series 2 of The Wire. It’s been that gripping.

You’ll no doubt read lots of stuff about individual company results in the trade press, and if you work for a company which subscribes to our quarterly Platform Market Scorecard then you’ll be hearing much more from us very soon. But for now, here are a few of the things we think are interesting…

A quick note on our data, which may differ from figures you see elsewhere. We use a cohort for the retail advised platform sector which represents, we think, very close to 100% of the platforms which are ‘open’ for independent advisers to use. As a result we exclude some platforms which are exclusively tied or vertically integrated which others include. We also work hard to strip away non-advised assets from the figures (we publish these separately for subscribers) – that’s why The Aegon Platform isn’t credited with its full AUA of nearly £90bn above. Institutional, workplace and direct are all out. We have to estimate that in some cases, because platforms can be a little shy sometimes, but that’s life. 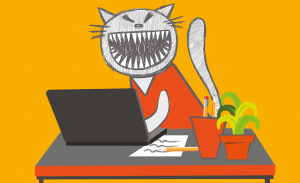