THE STATE OF OUR WEDNESDAY UPDATE IS TOP CLASS

Yes indeed, with the terrifying gaze of a scornful Nancy Pelosi, the lang cat’s Top Class Wednesday Update is here once again to stare at the back of the financial industry’s carefully coiffed head and launch highly specific investigations, right at your inbox.

Three things on my mind that I think are worthy of your attention this week.

First, there’s an economic miracle going on in Manchester (well, sort of). The platform industry’s own northern powerhouse, AJ Bell, is basking in the glow of a share price that this morning was 66% up on the IPO price. Those of you who get our market stats one way or another will know that AJ Bell has been enjoying some yeasty momentum in terms of flow over the last couple of quarters, and we’ve been wondering what Andy and friends would be rolling out next to keep that going.

We found out on Monday – a cheeky wee price cut. AJ Bell has removed the establishment charge and annual charge on its Junior SIPP (which is a SIPP for juniors, rather than a smaller version of the normal…oh never mind). That’s a bit interesting – we often talk about advisers dealing with multiple generations of the same family, but rarely do providers get into doing anything much to support.

More interesting, though, is the removal of dealing charges in its model portfolio service which it calls ‘Bulks and Models’; a title which is itching to have inappropriate jokes made about it. Anyway, it was £1 a trip and now it’s nothing at all. We’re not doing heatmaps here – maybe in a blog or something – but this superficially small change sharpens AJ Bell right up if you run model portfolios – which most of you do – and will put them at or very close to the front of the pack. It also sharpens up AJ Bell’s own MPS, which we hear from some firms is gaining traction and is doubtless one of the things Andy et al will be hoping keeps the share price motoring.

Second, I’ve been thinking about the value of advice this week. Various attempts to put a value on what advisers do have been pretty lacklustre, I think – rhetoric about not buying at the high and selling at the low is fine for equity traders but a bit meaningless for folk who’ve sat in a managed fund for 20 years before meeting an IFA and doing pension freedoms type stuff.

But with the news that London Capital & Finance, a microbond issuer with a colourful back-story, has turned up its toes this week to the horror of 14,000 investors (albeit we should mention that no-one has actually lost any money to this point; it’s all down to the administrators), I wonder if we can’t make more of the fact that (so far as I know) not a single client in this or other high-risk products posing as cash have found their way there by using a financial planner. Behavioural stuff and nudges are all fine. But the simple act of stopping people making cataclysmic decisions based on material from firms who are using the same behavioural techniques to punt their products is surely of massive value – and we should make more of it. There’s an ad campaign in there for someone. Maybe advisers could build a big, beautiful wall around manky products like this.

MY HANDS ARE ACTUALLY NORMAL-SIZED

Finally, Quilter / The Artist Formerly Known As Old Mutual Wealth Formerly Known As Skandia (TAFKAOMWFKAS for short) announced it’s ‘soft launching’ to staff this week. I’m still not sure what a soft launch is; the opposite of a hard launch, I suppose. Anyway, its good to see progress. Testing out on staff is not a daft thing to do, but of course that’s a world away from the pressure of thousands of firms all trying to do the same thing on the same day. I’m expecting Quilter to do the next stage of its launch (a firm yet yielding launch? a squidgy launch?) on its own advice businesses before the world at large gets its perfectly normal-sized hands, thank you, on the new platform. I’m encouraged by the plan to do a staged roll-out; I think we all know that the alternative has a track record of not going well.

A few links to finish us off:

Till next time, I think we can all agree on a bipartisan basis that this was a great Update. I have all the best Updates. Everyone says so. No-one knows more about Updates than me. 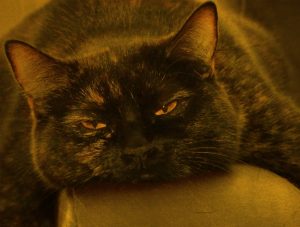