Indeed it does not, my trusty fieres, indeed it does not. And for those of you wondering what the hell he’s going on about in only the second Top Class Wednesday Update, we are of course celebrating the birthday of famed Scots filthmonger and purveyor of sentimental doggerel, Robert Burns. So on Friday, enjoy what John Barleycorn can do for you, get stappit fou, and try the poems which you really didn’t get taught at school.

But we’re not here for bawdy verse! You want an Updating and I plan to deliver one.

I’ve got two things to talk about this week and not many words to do it, so here we go…

First up, Nutmeg has scored £45m out of Goldman Sachs and a Hong Kong firm to keep the lights on. Long story short, this values them at £240m off revenues of £4.5m and I just don’t know what to think anymore. I like Nutmeg – I have a wee account on it – but I don’t get how smart people with tailoring and jawlines keep doubling down in this way. But it’s all good – Nutmeg will now be around for a while longer and so the robo industry’s bellwether can keep doing what it does. However, with AUA of £1.5bn and that £240m valuation, how do we square that with Nucleus which makes a profit, has over £15bn and is worth £110m? Go figure.

Second, but maybe most importantly, I have been banging on about MiFID II disclosure and how it is going to change the world. Much more importantly than what I think, I had a chat with a boutique IFA (his firm is boutique, not him, though he’s pretty boutique as well) who’d had two enquiries from £1m plus clients coming in as a result of this disclosure from their wealth managers. One client reports feeling ‘angry’ when he saw how much he was being taken for.

Now, the IFA has more sense in his little finger than I have in my entire body and his sense is that this could be the start of something big. The key thing here is percentages vs pounds, even if you’re numerate. 1% of a Thing doesn’t sound much. 1% of your £1m portfolio even doesn’t sound much. But £10k does, especially if markets have just magically turned your £1m into £900k because volatility and that. I can’t help wondering if the greatest ever behavioural finance nudge has worked for IFAs, platforms and fund managers for years, and if it’s now about to come to an end. That would be a sair fecht indeed.

But before we celebrate the demise of overpriced Ruperts in chalk stripe suits and impressive wristwatches, let’s just remember that many, many advised propositions from IFAs routinely scale the heights of the wealth managers’ charges. If your total cost of ownership is over 2% then I wouldn’t be surprised to see the cold wind blow this year.

Right, that’s it. As last time, please get in touch via [email protected]. Thanks to those of you who got in touch last week to say you liked the Update; my favourite comments were ‘I usually delete crap like this but I’ll give it one more chance’ and ‘not the usual corporate bollocks’. This, ladies and gentlemen, is a completely different kind of corporate bollocks.

I’ll leave you with a couple of links worthy of your time:

In the meantime, gie fools their silks and knaves their wine, and we’ll see you next week for a’that. 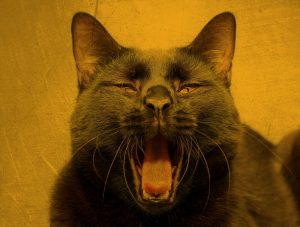